I am welcoming Zoe Brooks on the Red Carpet today and tomorrow;  today her trilogy of books The Healer’s Shadow, tomorrow a guest post on the beautiful retreat she has for writing. 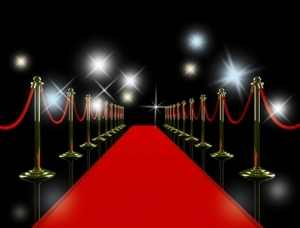 I fell in love with the cover of the first book and the contents didn’t disappoint. I am now into the second:)

The trilogy follows the life of Judith, a traditional healer in a world not so dissimilar to our own, from her youth (Girl in the Glass) through her self-education in healing and love (Love of Shadows) to maturity when at last she is able to face both her past and what she could be (The Company of Shadows).

Girl in the Glass

Orphaned at the age of 10 in circumstances that she refuses to explain, Anya grows up trapped in the house of her abusive aunt where she and Eva, her Shadow, are treated as slaves. As her aunt tries to break her and the punishments become increasingly life-threatening, Anya struggles to find  affection and self-esteem. When the inevitable showdown arrives, where will Anya find the strength to survive and escape? And if she does escape, what then? An arduous walk across an unforgiving desert to a city where an even worse danger lies. 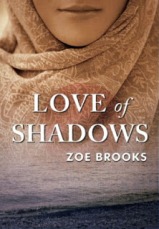 In the city of Pharsis traditional women healers are banned from practising and the penalty for breaking the law is death by hanging. After being arrested and interrogated twice Judith is careful to avoid suspicion, but then scarlet fever breaks over the city like a poisonous wave, leaving in its wake the small corpses of children. What will the young healer do?

Judith may have stopped being a healer, but she has a loving husband, two boys and a successful business as a perfume maker. She’s content. So why does she keep having nightmares about falling?When an accident throws her life in turmoil, she is forced to leave her home and seek the help of strangers. She must face her darkest fears and learn how to fall. She meets with two women she has long avoided and meets others she thought she had lost. But most importantly she finds herself.

When Zoe was a little girl her inventor father taught her to “look at things another way”, while her mother taught her to see dragons in the shapes of natural things. Zoe is still putting into practice what she was taught.

In 2012 Zoe published her first novel, Girl in the Glass (the first book in The Healer’s Shadow trilogy). Four books have followed, including the rest of the trilogy and the award-winning poetry book Fool’s Paradise.

Zoe aims to write popular books that have complex characters and themes that get under the reader’s skin. She finds her experience of working with people on the edge of society an inspiration for her fiction.

More about Zoe can be found on