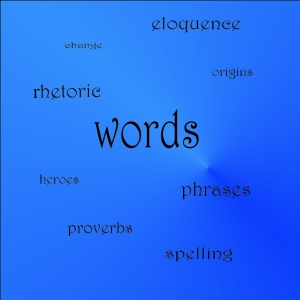 I have been watching Game of Thrones on DVDs this year – intermittently as I have been borrowing them from the village library. Having read and enjoyed the books I thought I would indulge in the visual. I shall have a long wait now as we only have up to series four, contain myself in patience, although there are so many spoilers on line I have quite a good grasp of what series five will offer, they whet the appetite:)

Anyway towards the end of series four there is a conversation about ‘cide’ words. How there is no word for cousin killing. That intrigued me and I remembered I had a list somewhere of ‘cide’ words. Took a little bit of finding the list as it is in a book that I constantly misplace. Mainly because I dip into for fun often but always in different places so it never seems to make it’s way back to the bookcase

There is no ‘cide’ word for cousin killing!!

Not, anyway, in this list of 197 cide words. One would think that considering the history of mankind, and especially of those in power there would be one. British History I know is littered with cousin killings and I would imagine every nation could point to an equal bloody history.

Were cousins not considered a different part of the family ?

What is a cousin? Well maybe

I suppose a cousin may fit into

Parent or other close relative – Parricide

Why doesn’t a cousin killing have a cide name?? I don’t understand it

So many but no cousins. It is as if they don’t exist, have never existed. Have never been involved in a killing as perpetrator or victim.

I am a puzzled and very curious. There has to be a reason. Does anyone have any idea how this state of affairs came about – or much more excitingly does anyone know of a ‘cide’ word for cousin killing?

my list (a shorter version of it anyway) came from The Wordsworth Book of Intriguing Words by Paul Hellweg  with a sub text of The insomniac’s dictionary of the outrageous, odd and unusual – for all of you that like lists highly recommend it:)