The letter O is a wonderfully versatile letter. Apart from the look of it; so clean, so eternal it is from a child’s point of view so easy to pen:) To my mind, the friendliest looking of all the alphabet.

Four simple words and four different pronunciations. Short O in the first, a long O in the second.

A double OO in the third and even a short U in the fourth.

We can have the different O sounds in boat, toe, neon, riot and youth depending on which letters surround this neat looking letter.

How about meow and Mao or Noel.

Try doubling it – coot and foot, one becomes longer, the other shorter and more of a u sound, only one letter different in this case. How clever we are to even remember a half of the variations in English.

That is not the end of O, it stands on it’s own to spell sounds.

With or without the ‘h’ dogged my poetry lessons as a child – modern poets are not keen.

Many O’s as in Ooooo can be excitement or praise of looks,  add a letter or so and it can be ouch or ow both pain of some kind.

And of course do let us forget how satisfying a plain unadorned O can be to a child or a doodler, a face, body part of rabbits, dogs and cats. How satisfying it is to fill it in with pen or pencil when bored. To add ears and tails.

Doodlers love the double O, it can be decorated with lashes, a pupil and voila we have eyes.In ancient Egypt (ancient in like 4,000 years ago!) the O was a hieroglyph for ‘the eye’. Semites took it and then Phoenicians diminished it to a small outline of the eye and hey presto our O was formed still meaning eye. Then it changed and became a letter.  I still make eyes out of mine:) 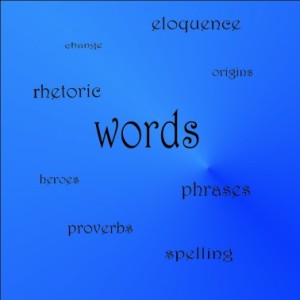 4 thoughts on “I do like the letter O: alberta’s words”